The passion for gastronomy takes center stage at the 40th anniversary of the L’Escaleta restaurant. 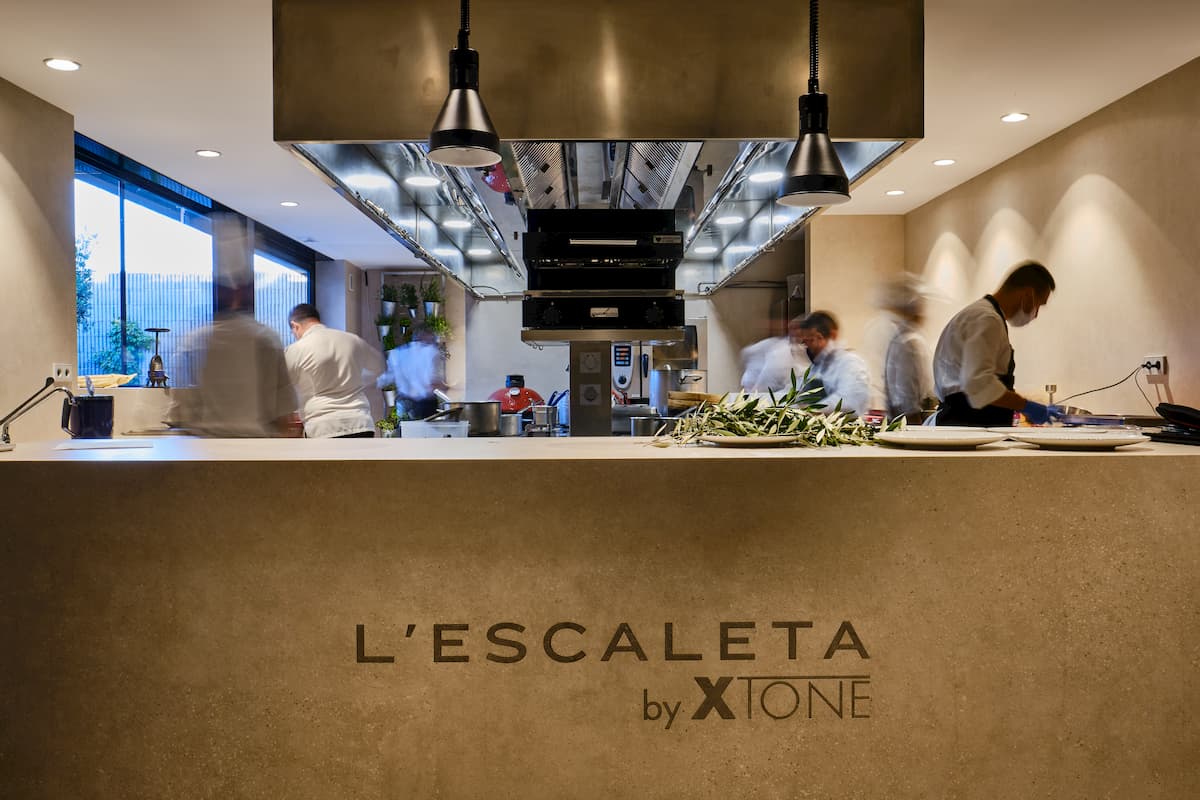 With two Michelin stars and three Repsol Suns, the famous restaurant in Cocentaina, located in inland Alicante province, will bring together the 40 most prestigious chefs on the national scene offering ten exclusive dinners throughout the year.

The first Wednesday of each month, four chefs will cook alongside Kiko Moya and the whole L’Escaleta team. Each guest chef will prepare two recipes that are representative of his cuisine and Kiko Moya will finish off the menu with two more proposals: a total of 10 elaborate dishes that only 45 diners will be able to enjoy per evening, and which will be accompanied by a cellar recommended and supervised by the renowned Best Spanish Sommelier 2019, Alberto Redrado. Chefs such as Jordi Cruz, Quique Dacosta, Eneko Atxa and Ángel León have confirmed their participation, adding a total of 72 Michelin stars.

XTONE is one of the main partners of these special events by becoming the work surface of the new L’Escaleta’s kitchen. Due to its hygienic character, its design and its high technical features, the floor, wall and countertops have been covered with the sintered mineral compact XTONE, as well as the creativity bar and the restaurant’s zero table: a renewed aesthetic of industrial style thanks to the designs inspired by the most realistic cements of the Bottega series, in their Acero and Caliza colors. The combination of these series in their large formats (154x328cm, 150x300cm and 150x150cm) bring spaciousness and continuity to an elegant open kitchen.

Face to face with the Chefs

Isolated from the dining room and immersed in the same kitchen, Kiko Moya hands over Table Zero to the PORCELANOSA group, providing a real gourmet experience for the various guests. These guests from the brand will have the privilege of observing the preparation of the recipes, experiencing the performance of the XTONE material and having pictures taken with the different Chefs of the night.

Joan Roca, Ricard Camarena, Maca De Castro and Albert Raurich were the chefs in charge of kicking off this celebration on Wednesday 4 March, before the state of alarm.

The return of these dinners took place on July 29, with chefs Martin Berasategui, Paolo Casagrande, Erlantz Gorostiza and Alberto Ferruz. A successful evening where the attendees could enjoy an elegant tasting cocktail: black and white garlic oreo, acorn ham or eel bread bao were some of the exquisite appetizers offered moments before starting the dinner. Millefeuille of smoked eel, by Martín Berasategui, Quisquilla en escabeche filtrada by Alberto Ferruz, truffled Gelatin by Erlantz Gorostiza, Salmonete de Roca en suquet by Paolo Casagrande or Arroz al cuadrado de “bajoca farcida”, by Kiko Moya were some of the distinguished recipes that completed the elaborate dinner menu.

“L’Escaleta is a house with history and a future”, concluded Kiko Moya in his thanksgiving speech to all the diners and partner companies for making proposals like these possible.

The chefs Paco Morales, Álvaro Garrido, Fran Martínez and Toño Pérez have confirmed their participation for the next dinner (August 5) that will bring together different professionals from the field and analyse the challenges of this exciting profession.